The two day event ended with a splendid vocal concert by Sri TM Krishna, making the tribute to Com. BV Kakkilaya a complete and meaningful one. Vidwan TM Krishna was very ably accompanied by Vidushi Akkarai Subhalakshmi on the violin and Vidwan Jayachandra Rao KU on the mridangam. All the songs that Sri TM Krishna had chosen for the occasion furthered the values like secularism, democracy, equality, multi-culturalism and diversity, for which Com. BV Kakkilaya had devoted his life as well. The opening shloka sung by Sri TM Krishna was on Jesus, which in fact had been composed by a Hindu, whose son, now living in the US, had sent it to Sri TM Krishna. In that verse the attributes of Christ were “One who heals all illness, relieves his devotees of all pains, he is ‘Lokahitakari,’ ‘one who is the personification of peace.’ Sri TM Krishna connected that verse to the composition of Sri Muttuswamy Dixitar’s “Sri Dakshinamoorthe” in Shankarabharana ragam, where similar attributes are used to describe Shiva. Shiva is ‘Shantamurthy,’ considered the ameliorator of the sufferings of his devotees. Next, he chose the composition of Kananda poet Kanakadasa, “Kulakulavennutiharu” which makes fun of the concept of purity and pollution, inferior and superior using the paradoxes like the lotus which is offered to god having blossomed in mud. Then came the Tamil Sufi song Allavai in Behag raga, which is sung in the Nagur Darga in Tamilnadu, which has a message of love and brotherhood. It was followed by the Vachana of Basavanna, 12th century philosopher and social; reformer of Karnataka, ‘Ullavaru Shivalayava Maduvaru’ in Kedaragowla raga, which subtly tells that by building temples one will destroy ‘Shiva,’ who cannot be static and enshrined in a temple, but is dynamic, a ‘Jangama,’ living in the hearts of people and not in the temples which are ‘sthavara and stationed in a place, indicating that stationary things are impermanent while those which are dynamic are permanent. The next was a Meera bhajan, ‘Pada Gunghuru nache’, wherein Meera defied the pressure of political power and social sanctions for realizing the values, which she cherished, the value of becoming a citizen in god’s city. He concluded the concert with a beautiful composition by Rabindranath Tagore ‘Aaguner Parashmoni Chhoao Praane,’ which speaks of purifying the life akin to gold which passes the test of fire and dispels all the darkness bringing the light shining. 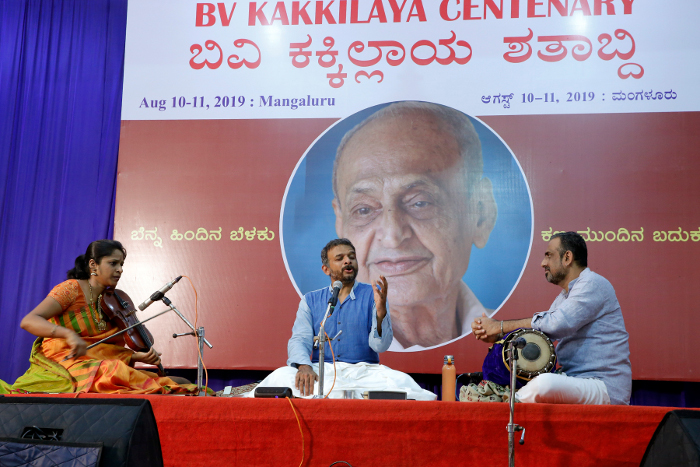 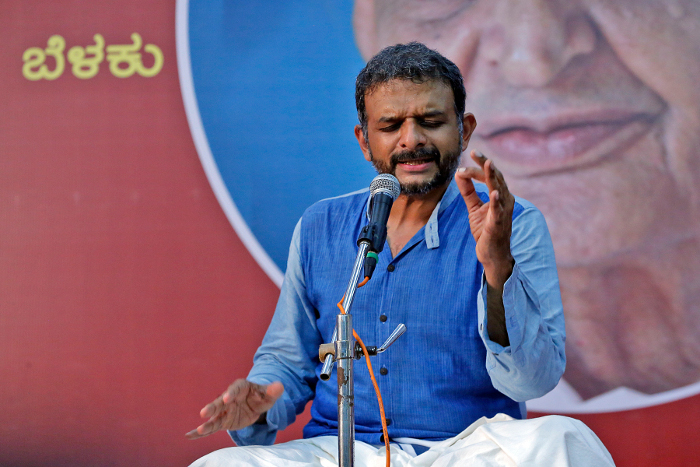 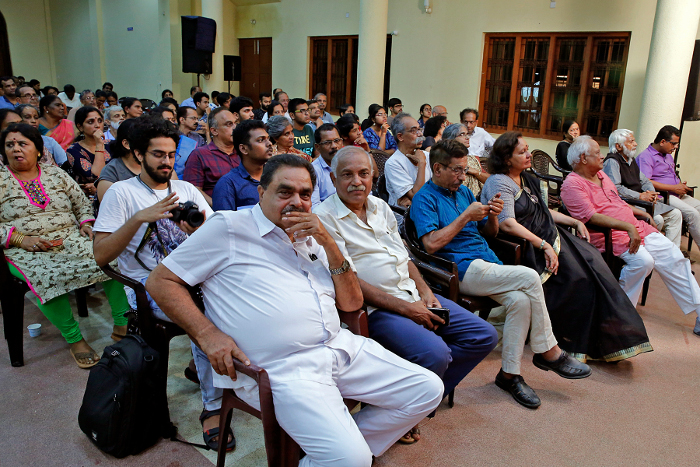 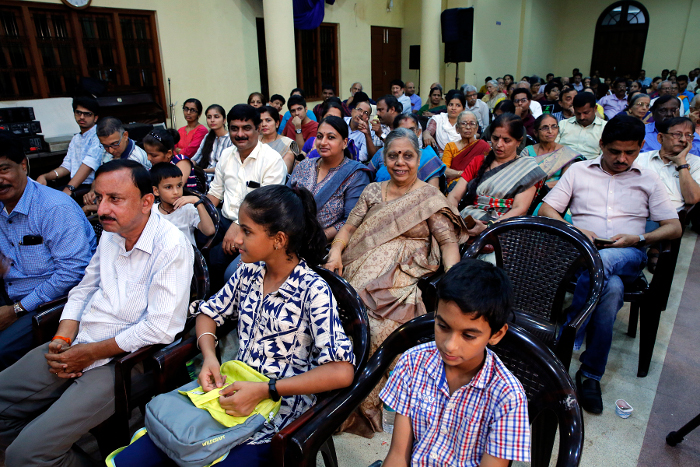 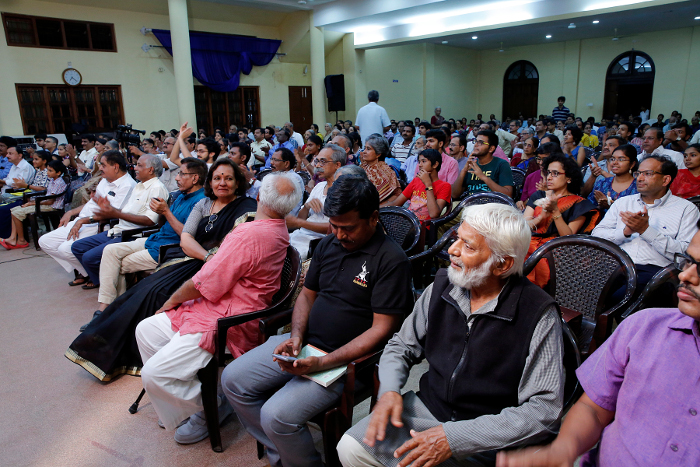