The first discussion after the inauguration was titled ‘Indian Youth at Crossroads’. Making his first ever presentation in Mangaluru in front of a huge, very enthusiastic gathering, Com. Dr. Kanhaiya Kumar dealt at length on the topic, and explained the current crisis that’s affecting the youth of our country. 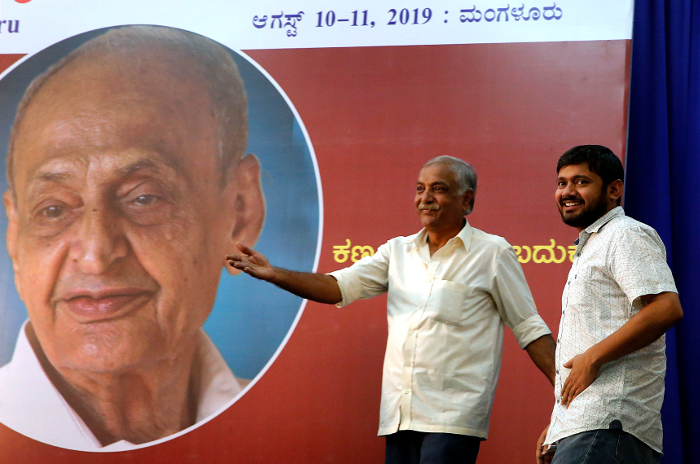 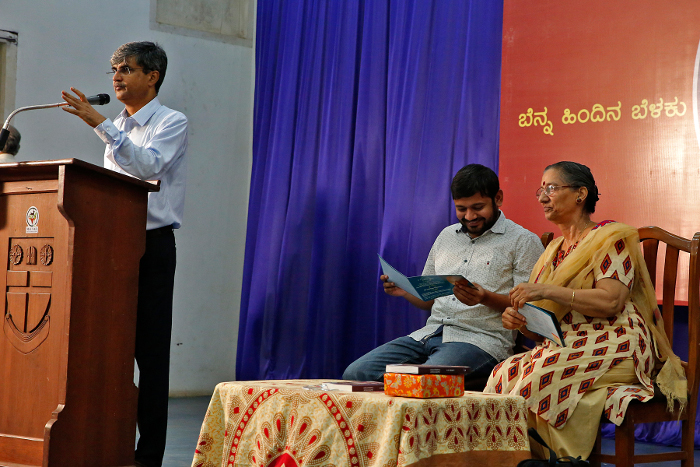 Drawing parallel with Com. BV Kakkilaya, Com. Kanhaiya said that whereas Com. Kakkilaya was jailed by the British for participating in the freedom struggle, the present government of free India is jailing activists like himself for raising their voices against the anti people policies, and that in both instances, the governments chose to term these people as anti nationals. Explaining the crisis of capitalism, Dr. Kanhaiya Kumar drew attention to the fact that the technological revolution has lead to mass production of goods with the use of smaller and smaller workforce, leading to crisis of profits, which in turn have led to liberalization and globalisation, and at the same time, protectionism. Such crisis ridden situation has resulted in fragmentation and separation of the working masses, with workers, peasants, women, students and youth, marginalised and minorities having had to go their own ways and to fight their own smaller battles. The fundamentalist forces that are inimical to new knowledge and scientific advancement, he pointed out, are always at the forefront of using the latest of the very same technology that they shun. Such contradictions help these forces to wage emotional and perceptional propaganda, misleading the youth away from their real issues. He said that the attacks on public universities are a part of the agenda to break bigger institutions while also creating a perception that such universities that impart knowledge, and prepare the youth into intellectuals who pose tough questions, as breeding grounds of anti nationals. He urged the youth to pose tough questions to the powers, and said that singing paeans to the powers in blind faith, in fact is an act of being unpatriotic. Dr. Kanhaiya Kumar emphatically stated that like day and night, democracy, liberty and secularism shall remain forever, and the darkness if any, can only be temporary. He called upon the youth to practice democracy in their own homes, by valuing their spouses, and taking their own decisions about courses and careers. Such democrats, he asserted, would naturally uphold and fight for democratic values. 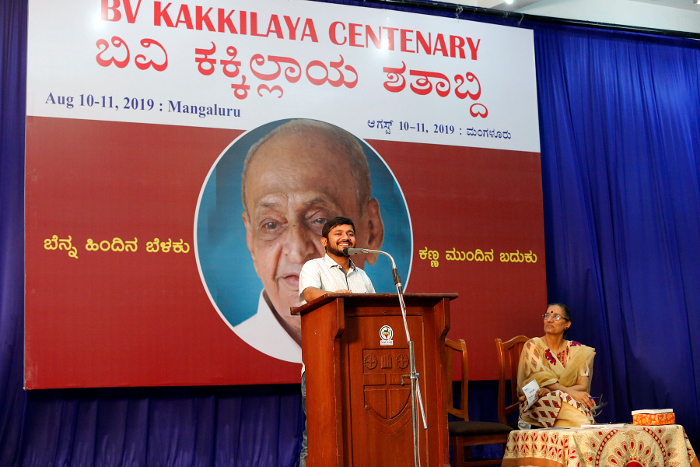 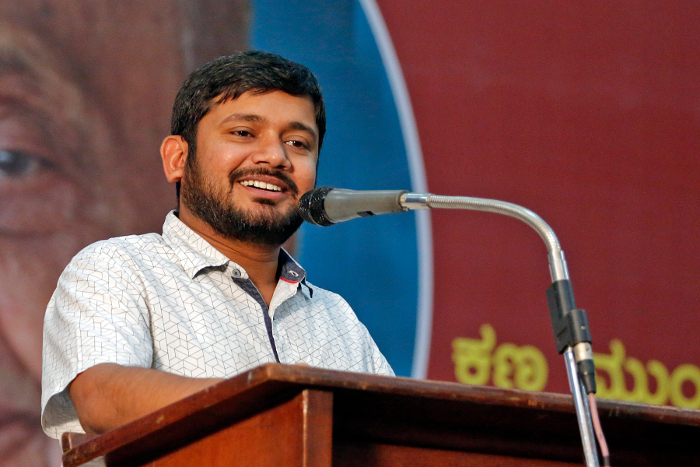 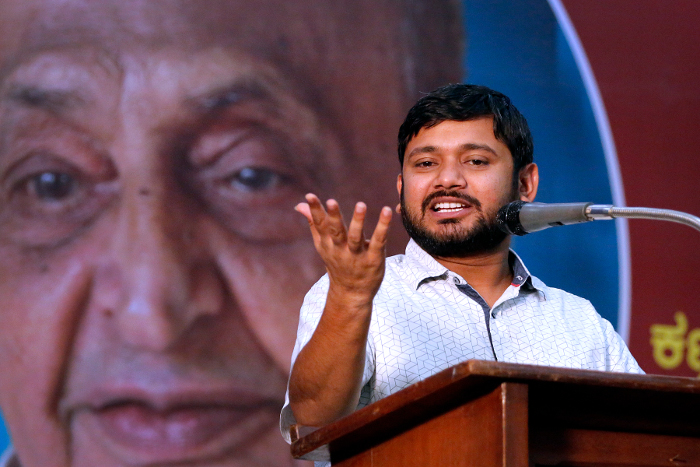 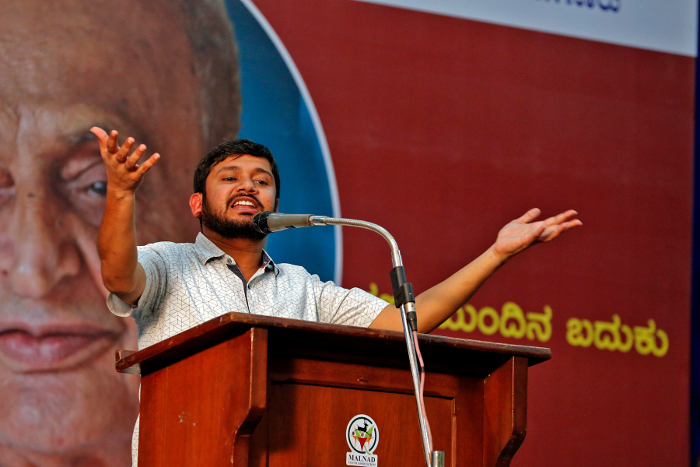 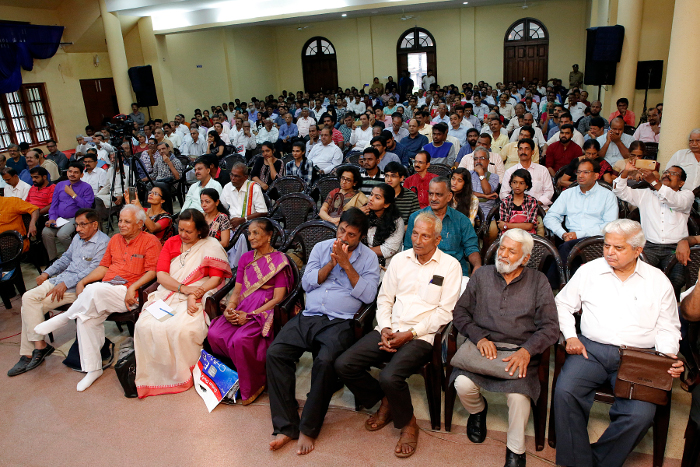 Com. Amarjeet Kaur, in her response to Dr. Kanhaiya’s presentation, narrated the struggles waged by the AISF and other mass organisations and her own experiences as a member and office bearer of the AISF, NFIW and AITUC. She urged the youth to follow the ideals of democracy, secularism and progressive thought, and to maintain sustained vigil and struggle for these values. 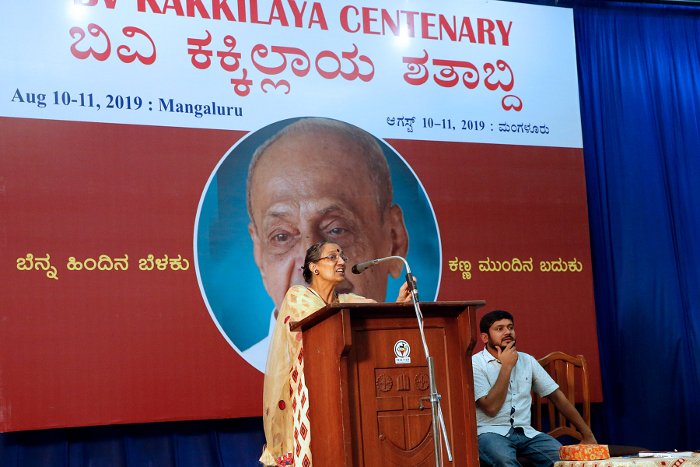 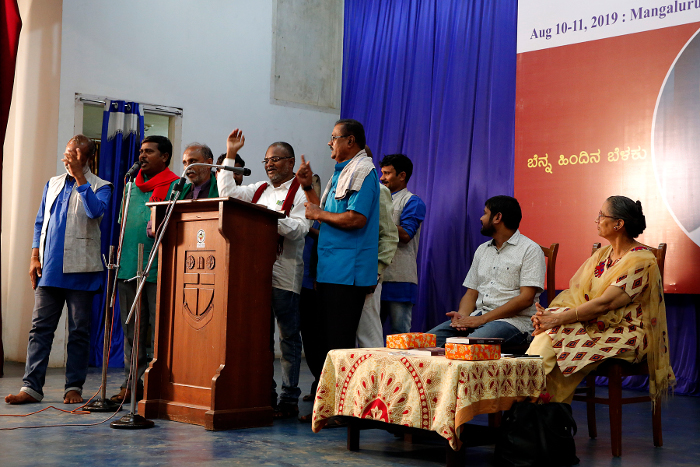 During the interaction that followed, many questions were asked about the Indian communists vis-à-vis others, the cultural and other spaces that need to be reclaimed by the communists, the new ideas for Indian politics, particularly the left, etc., and Com. Kanhaiya answered them with élan. A question asked by a girl, who claimed herself to represent the students and youth of Mangaluru, however, was answered by Dr. Kanhaiya in such a way, that it instantly became madly viral all over the media, with millions watching the video, and the conversation transcribed into many languages.