Past, Present and Future of Land Reforms

BV Kakkilaya Centenary at Mangaluru at 10am on Sunday, Aug 11, 2019
Dr. Siddanagouda Patil on BV Kakkilaya – Malabar to Karnataka Assembly

On the second day, Com. Dr. Siddanagouda Patil started the deliberations with a lecture titled ‘BV Kakkilaya – from Malabar to Karnataka Assembly’. Recalling the contributions of Com. BV Kakkilaya to the freedom struggle, Goa liberation struggle, Karnataka reunification movement, Dr. Patil highlighted the role played by him in organizing the AISF, AITUC, CPI, and his role as the first Rajya Sabha member from Karnataka in raising the issues of the poor and the marginalized and in strengthening the party and the mass struggles. He also recalled the contributions of Com. Kakkilaya in drafting the Karnataka Land Reforms Act. Dr. Patil also highlighted Com. Kakkilaya’s contribution as an award-winning writer in Kannada, and in founding and building Navakarnataka Publications. He reminded how, during his life devoted to the communist and trade union movements, Com. Kakkilaya born in a rich, upper caste, land lords’ family, would have had to live underground in the households of the poor workers of all castes and religions, sharing their food and lifestyles. 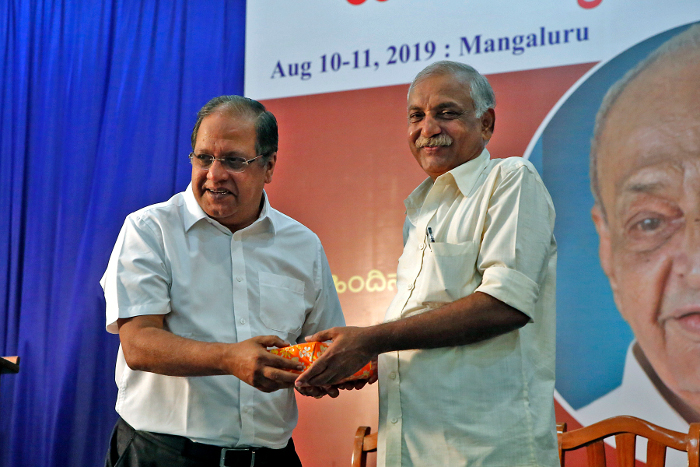